WASHINGTON, March 20, 2015 /PRNewswire-USNewswire/ — Boys & Girls Clubs of America (BGCA) convened top executives from hundreds of Boys & Girls Clubs during National Day of Advocacy this week in Washington D.C. to engage members of Congress around the critical needs of kids in America. Leaders from Clubs, along with BGCA’s president and CEO Jim Clark and former BGCA Board Chairman Ron Gidwitz met with top officials, serving as a voice for the millions of kids who attend a Club around the country and on BGCA-affiliated Youth Centers on U.S. military installations worldwide.

This collective effort empowered Club executives and Board members to build awareness and garner support for programs that enable young people to reach their full potential as productive, caring, responsible citizens.

“As a voice for the 4 million kids we serve, and the more than 11 million youth with no place to go after school, we have a responsibility to advocate for the needs of our youth,” said Jim Clark, president and CEO of BGCA. “We’re grateful to all Club executives that met with their Congressional representatives to rally for policies and programs that will redefine the opportunity equation for kids who need us most, by increasing access to safe, supervised, productive out-of-school time programs for all school-age children in America.”

Club executives and Board members from around the country discussed with members of Congress issues that impact the communities, kids and families they serve. Key topics included 21st Century Community Learning Centers, afterschool and summer meal and snack programs, Youth Mentoring and outreach to military kids and families. To learn more about these issues visit President Jim Clark’s blog. 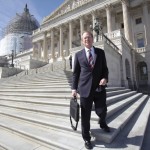 BGCA President Jim Clark on the Hill for National Day of Advocacy. 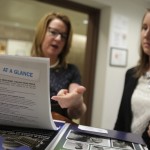 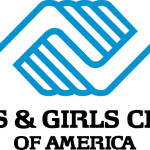